Sorry, but only found how to use this now.
''wino'' passed away on 2-7 at home peacefully from cancer
So no more bloggs from her but I'm happy to be able to share her last few years of bloggs - it gives me some comfort that she was able to write so well and have some people make her smile :-)
I miss her more than words will ever say ....... THANKS (winos husband)
Posted by wino at 6:14 PM 3 comments:

Is this how you get a bargain?

Husband was approached by someone he didn't know last week to see if he was interested in selling his 4WD - they had noted it was a particularly tidy example of the model and some of the features it has are a little hard to come by. After some contemplation (and a quick check of Trademe and with a dealer as to what it might be worth) he allowed them to check it over and test drive it.

They made him an offer. Which was about half what it would be on a dealers yard for and at least a third less than the price we agreed we would contemplate selling it for. When the would be buyer was informed of this he shrugged and said he wasn't willing to pay any more.

I guess if you approach enough strangers eventually you find one that isn't aware of the value of what they have... perhaps
Posted by wino at 5:49 PM 2 comments: 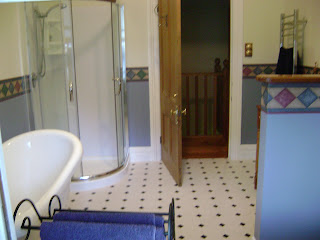 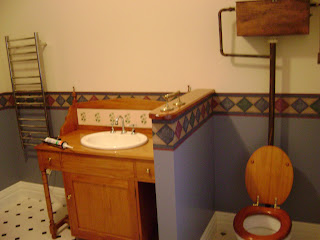 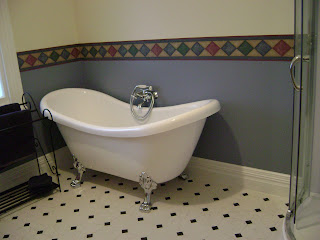 Actually it still doesn't have a mirror so it isn't quite finished...
Posted by wino at 2:45 PM 1 comment:

1 So a builder works on an hourly rate plus materials. Why does he think he can just put a number down for materials on the invoice without providing any proof? Second builder in a row has just done that - and second builder has just indicated he is offended at our lack of trust in asking for a materials account. We are talking some thousands of dollars here. If the vet can itemise some rubber gloves and a syringe why can't the builder itemise timber and nails?

2 Why, if I order cat food online do they send puppy food?

3 How come when a trader on trademe mismeasures an item it becomes my fault as the buyer when it doesn't fit?

4 Why do some men - in particular tradesmen, and this week in particular those involved in selling and fitting flooring, think that women need things explained to them three times, slowly and in words of two syllables. Actually I fully understood the issue before you finished telling me the first time.
Husband reports in his job that some men will refuse to discuss things with the bosses wife, when actually she knows everything, preferring to talk it over with the 'boy' who doesn't know what he had for breakfast most days.

5 Why does same tradesman as mentioned in 4 find it offensive when I suggest he stop treating me like an idiot? (maybe his wife doesn't answer him back, maybe she had half a brain and left him... )
Posted by wino at 2:08 PM 1 comment:

And no those two things are not related like THAT!

Sometime after the autumn freezing/preserving/jam making urge sets in and passes again I usually get a winter evening creative urge. Once we start pulling the drapes at night and lighting the fire I seem to want to make something.

A few weeks ago I found out about Baby Beanies for Africa. So I fished out the spare bits and pieces of knitting wool I could find and have been knitting teeny tiny beanies while I watch TV. Apparently the babies in the Mowbray Maternity Hospital in Cape Town often leave the hospital dressing in an adult size teeshirt or in the worst cases wrapped in newspaper. I like the idea of doing something useful with the wool that would otherwise be thrown out.

Husband has been looking for something to have a mid life crisis over for some time I feel. A couple of months ago (or maybe a little longer) he found it. A motorbike. But not just any bike - a Harley Davidson. The very basic bottom end of the range model Harley Davidson but a Hog no less. Which yesterday we went to Hamilton to pick up. The average car dealer could learn a little from this bike dealership I think. It was an occasion - there were free tee-shirts and a bag, he was taken round to meet the parts department and the service department and generally made to feel welcome (come back any time and trade in on the next model up!). Anyway he's had a cheerful grin on his face for the last 24 hours which may last for quite some time and I suspect I won't be expected to collect small things from town (as long as the sun is shining) for many months.

Which left me thinking yesterday afternoon as I was discussing motorbikes, South African babies and Ugandan orphanages with my mother:

Swaying a bit on my feet admittedly but it's all right (that's what they make walls for isn't it? Actually I've been involved in enough renovations to know that walls actually hold up the roof - as well as completely sober people who are out of energy and having trouble holding themselves upright - and the completely sober bit is sort of sad too...).

Chemo brain has set in and I am now incapable 0f multi tasking. It will pass but it is boring while it lasts. But we potter on doing one thing at a time.

There are a fair few things going on so it gets a bit more complicated when multitasking doesn't work.

The main bathroom redo is nearing completion. Since it was started in January this hasn't been the fastest of renovations. Not really sure what the hold up was on it, it just didn't seem to progress fast. It has been a good reason not to have people to stay, but on the other hand people I would have enjoyed having round haven't been able to stay either, as I restrict the people I allow to walk through my bedroom to get to the bathroom in the middle of the night to very immediate family. I'm a bit sensitive like that. Anyhow it's now close to finished, waiting on the flooring and once that is down it will be all over in an hour (or however long it takes to fit a trendy freestanding bath, toilet and vanity unit when all the plumbing is in place and waiting).

Then this week the builders arrived and are currently making short work of fitting new French doors, relining some walls and doing a few other things in the basement area. When we initially decided to do the work (again in January) we found the last builder we had used and liked (as opposed to the ones we didn't like which are all too easy to find unfortunately) had decided there wasn't enough work in Tauranga and gone off to Auckland. So we had to interview new builders (and let them think they were deciding if they wanted the job and quote on it). As usual there were the interesting ones - for instance the guy who turns up unannounced two days after he was supposed to and opens the conversation with a comment at the front door that old houses are terrible and he hates panelling and timber floors, then carries on to say he wants an hourly rate of $60 cash and has no idea how long it will take as it looks a bit complicated. We shrugged and crossed him off the list but he rang up three weeks later under the impression he had the job... which sort of reinforces that he isn't that bright either. Happily the guys we ended up choosing seem to work fast and know exactly what they are doing. They should be almost finished tonight with a few final bits and pieces to tidy up on Monday. And it is starting to look fabulous... well when it gets gibstopped and painted and carpeted and things it will be looking fabulous.

Have two cats on the walking wounded list this week too. First my water sharing friend Zena had some teeth out and lay round feeling sorry for herself. She got up and demanded vegemite on toast this morning for breakfast so must be getting over it. And her yellow mate Herbie (the other burmese who rules our lives) got into an argument with something and ended up with an ulcer on his eye. Some trips to the vet later he's still not right and is due back on Monday morning if he doesn't decide to open his eye over the weekend. So far he isn't showing much inclination to do more than squint. He's got sort of resigned to having stuff in his eye four times a day and painkiller jammed down his throat every 24 hours, but I suspect he'll punish us later for that - he holds grudges and his claws are sharp.

Apart from that we went to Horse of the Year which was great, and that really is about all that has happened. Though the sawdust and bits of giboard and loose wiring and piles of stuff all over the place is enough to go on with.
Posted by wino at 1:38 PM 2 comments:

I was meant to have chemotheraphy today but didn't as my blood counts are still low from last week's dose. The nurse was concerned I might be upset by that but that is fine by me - I would rather wait a week than get some bug and end up extremely ill because my immune system is compromised.

So that isn't what is irritating me. The thing is we had to traipse into the hospital this morning after I had taken the mind numbing anti nausea drugs I have to take first to find out that the blood test that were available yesterday afternoon suggested that I didn't need to be there and definitely didn't need to take the mind numbing drugs. A phone call would have been helpful.

It's 4.30pm and I am still not fully functioning from the pills I took at 8.30am - hope they wear off soon (at least I don't need to take the evening dose)

And thanks Sue and Lou for the blog awards - I'll deal to them when my brain works properly again.
Posted by wino at 5:17 PM 2 comments: